I dug out my old Riddick sheet, because we were discussing where the Legends had landed regarding AV and whatnot. Riddick has a 16 AV (in MA) on this sheet, but most of us remember the cap being raised up to 17. I do have some xp banked up on him, so it seems likely that I was saving to raise it up. Do we want to discuss possibly lowering the cap back down to 16 (it seems unlikely that too many people pushed up to 17 very rapidly) or do we want to go ahead and raise to 17? Just food for thought if we do ever decide to go back to this.
Top

To elaborate, now that I'm not dying of tired:

I prefer caps of 16. AV's are kind of game breaking if they get out of balance, and too high an AV makes it impossible to do anything meaningful with mooks at all. And as Gideon kindly pointed out last night, a 16 av is incredibly high, a good dice roll away from walking on bullets... Mooks, in the world of Feng shui are above average fighters. People with 12-14 are elite badasses. 15's are among the best in the world. 16 AV is supernaturally potent, and can easily defeat almost any foe. We really don't need to step outside this scale, just to add more skills/atts/schticks.

Further, most of the differences in characters can be represented by Schticks. For example, Gideon made some interesting points regarding mook mowing and the Grammaton Cleric, stating that the 17 AV really isn't necessary to represent his actions, just high carnival of carnage and such. Both Guns Blazing is nice but also not necessary for the build (replaced with 10k Bullets it makes more sense). And when taken in perspective of the movie, the mooks were weak, and the other named characters very limited. In his own movie he was awesome, but there isn't a solid basis for comparison between other movies...

Anyway, the point is that this rational can be applied to most of the characters.

I think characters should be classed in tiers for AV's, with a hard cap for each that we don't bother changing:
A - This is generally for chars that are focused on a single combat AV, or are recognized badasses in their area of expertise... Characters like John Preston or Duncan McCloud would fall into this category, and cap out at 16.
B - These chars are still elite, but not the greatest to ever live... just merely some of the best in the world at what they do. They tend to have multiple high AV's, and may have some unique schtick combinations to make up for the lower AV's. Riddick's MA AV, Willow's magic, and McClain's Drive all would fit this category. B's skills cap at 15
C - This category is mostly for characters that have many lesser combat AV's supplemented by many good schticks, and those characters that have a more "gritty" feel to their combat. Bond (new, can't talk about the old one), McClain and Rigg's guns/martial arts, and most of the Terminator's abilities, would all fall in this category.

I think that we should set the AV's where we want them on given characters, and leave them there. While I do like the idea of advancing the characters, I think we should leave the general balance of things alone, with the characters that are more skilled in a given area just staying that way, at least relative to the rest of the party.

A Note on Characters and AV's
I remember when I first was helping to concept these characters. I said to myself, "These aren't just generic action heroes, they're THE action heroes."
I used that to justify huge AV's, and generally to make them larger than the average character. Having had roughly a year to contemplate it however, Feng Shui builds are based upon being one of THE action heroes, not an average guy. Their AV's are actually awesome. Now granted, they are schtick light, and a bit light on the Attributes, but they tend to improve those as their given franchise progresses, while their AV's often remain exactly the same.

A Note on Attributes:
Western action characters tend to be more about the attributes than HK Action characters. The Terminator is a great example of this, as though he hits like a mack truck, and has immense attributes, he actually has trouble with accuracy, especially in comparison to Hong Kong action characters. In light of this, I think that generally increasing attributes on many of the characters, rather than giving higher AV, might be a good idea.
Oh, I also don't think Attribute increases should Increase AV's.

A Note on Schticks:
Playing last night showed me yet again why schticks need to be carefully balanced. Jason played a killer with BGB 3. Nothing fancy, pretty standard build. But he tore through characters at roughly double the rate of everything else. Gun schticks combo easily, and far outstrip non-gun builds if careful attention is not paid to balance. And there are other combinations that can get out of hand too... Anything that reduces shot time for example, should be seriously examined before being put on a character.

A Note on XP:
Having looked at where Legends was at the last time we played, and having contemplated the characters, I'm leaning towards not giving a shit about handing out xp. Roleplaying is the point, story is the point. We play one shots and enjoy them. Why do we need xp for this game? The point is to make the characters into exactly what they are on screen, and then play that character. Adding XP changes them, and eventually makes them into something else entirely. While I do like character growth, I'm sort of wondering if it wouldn't be better to just make character growth a story element, rather than an XP thing.
And of course, XP results in characters getting out of the balance that makes them all able to contribute meaningfully to a fight. If you don't hand it out, or hand it out sparingly, you end up not having to deal with power creep, and constant attention to balance.
This is something where I would definitely like some input, I'm not sure how other people feel.


Last Word:
Since most people have lost their characters anyway, I think that the next time we play this we should take a look at remaking these characters from scratch with these things in mind. Or whatever rules we come up with that we can all agree on anyway.
Threading the Gerbil since 1982 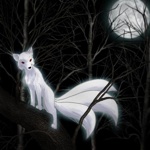 I don't know how to respond to all this. All think some of your argument is flawed, and a lot of it is accurate, and makes sense.

I agree with you about AV's being potentially unbalancing but we know this, and have discussed it at length. I am not totally opposed to the ranking system (for the Legends game only). Although, I don't agree entirely with the way you concept them, but I think its pretty accurate.

We already discussed the Grammaton Cleric at length, and I guess you don't remember, but those changes were made a long time ago. As far as the mooks in his movie being weak... that comment seems indicative of a comparison, but with what I am unsure. Mooks are always weak in movies... thats their thing, so I am unsure where you were going with that. As far as trying to compare these characters to each other almost everyone of them is in the same boat, but you seem to get this so...

The tier system as I said earlier isn't a bad idea per se. However, there were plans in the works for these people to start going toe to toe with some of the major villains of this gameverse... that isn't a possibility with frozen AV's.

So upon further thought I am actually opposed to this idea. In order to do what needs to be done, the characters have to be able to up AV's. I do believe that careful moderation on the part of the GMs is essential here, and AV gains should not be common, or easy. I certainly disagree with you that AVs should not increase as attributes increase.

I am not sure about Attributes. I think using the Terminator as an example is using an exception and not the rule. I would argue that western heroes are more attribute oriented than eastern ones, i think examples can be cited for strong attribute characters in both. The Terminator is a near indestructable war machine, and the predator is genetic monster evolved to hunt things, these characters are in many ways not appropriate for the game as concepted imo (the very fact that they aren't human makes them very poor candidates), but we allowed them so whatever.

Schticks are the same as AV, as long as they are appropriate to the character I don't care. They need to be monitored to prevent totally broken combos, but a rigid system of control, I am firmly against.

Things we need to look at are the systems for certain types of combat... like Riddick and stealth stuff. This is more of a problem than anything else I've seen here.

Well, I think that is just about everything.
All things in moderation...Except syrup.